In Railay bay and Tonsai bay there are really a lot of climbing routes. There is amazing tropical forest and beach view from most of them. To simplify it – one day of climbing here cannot be enought. Not even if to climb one more day means to walk twice at night through rain forrest, in case of high tide (which covers regularly walking path with one meter of water) you risk swimming and washing all your stuff in backpack with smelly sea water and in a worst case missing your flight.

Franzi felt better today, so we could climb together. 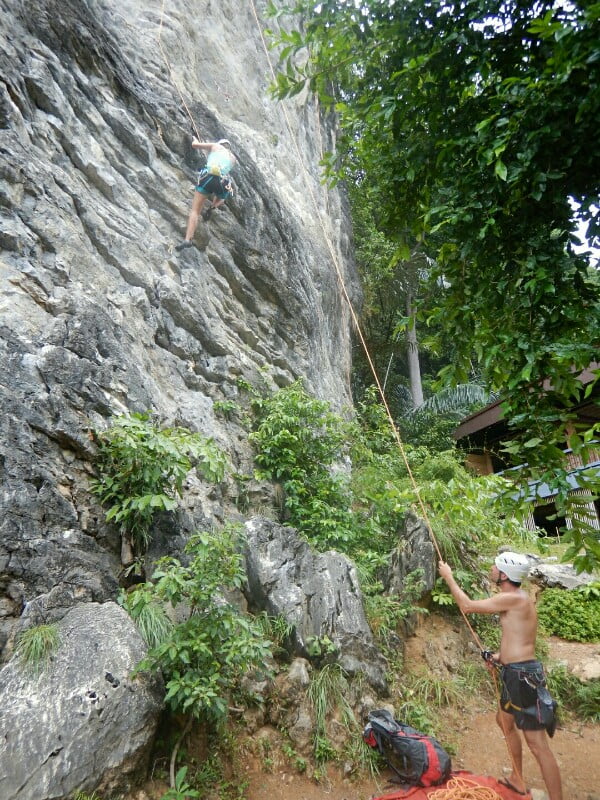 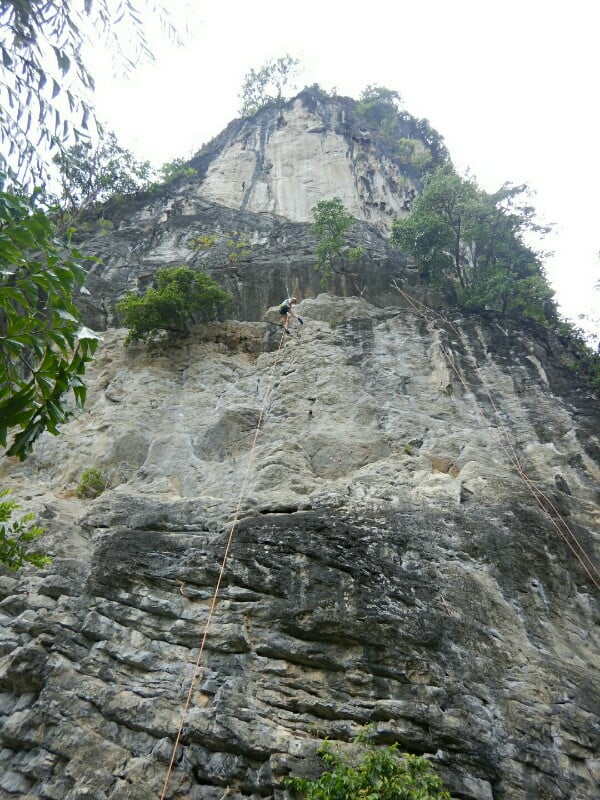 After few warm up routes it was the right time for multipitch 6c (5.11) route. 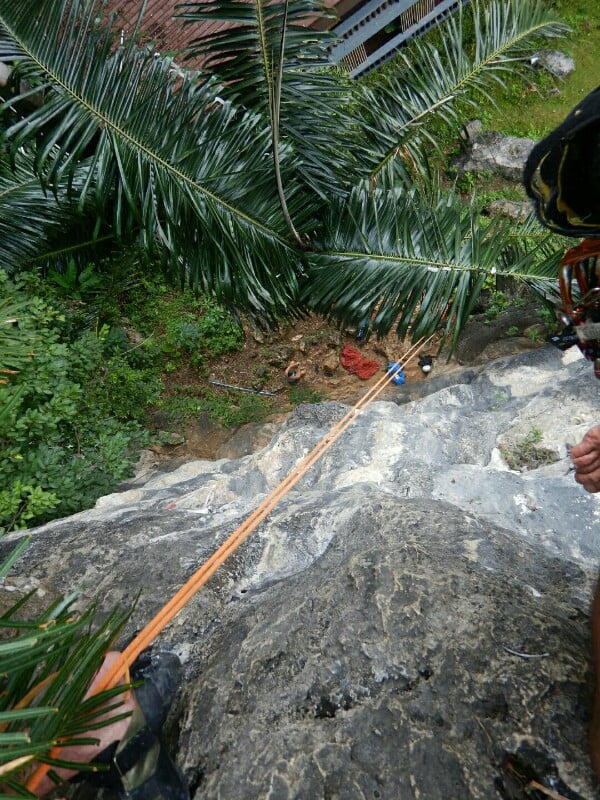 It started innocently, Oliver climbed first length, but instead of going back, he just told us „it seems to be nice route“ and asked if we do not want to go up with him.    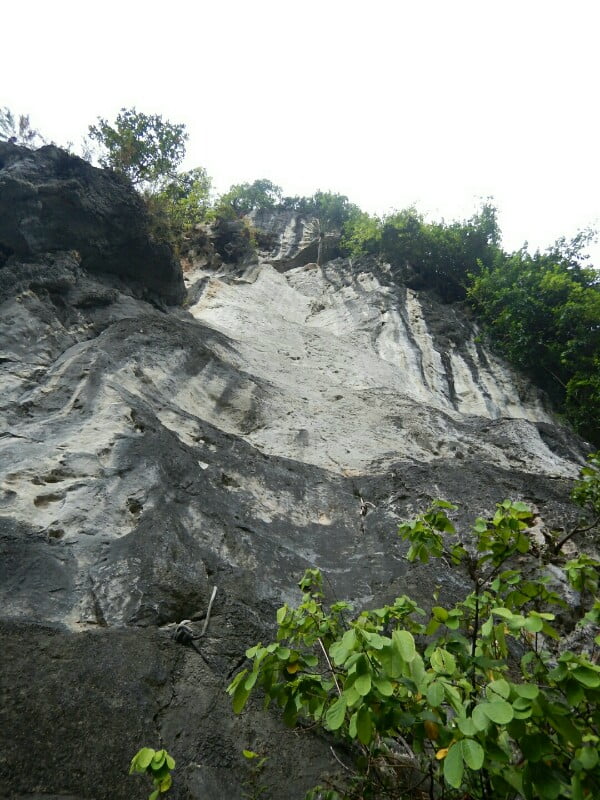 Consultation with routes guide was promissing nice 6b+ route and I got convinced by promises that they will pull me up in case I have problems. Group of monkeys run around us when we were in first stand. They were climbing way better and faster then us, even without being belayed! 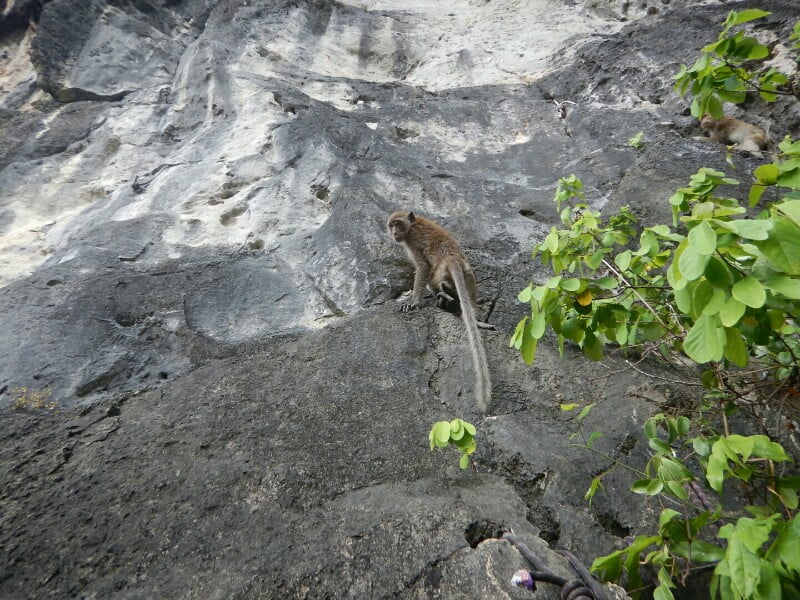 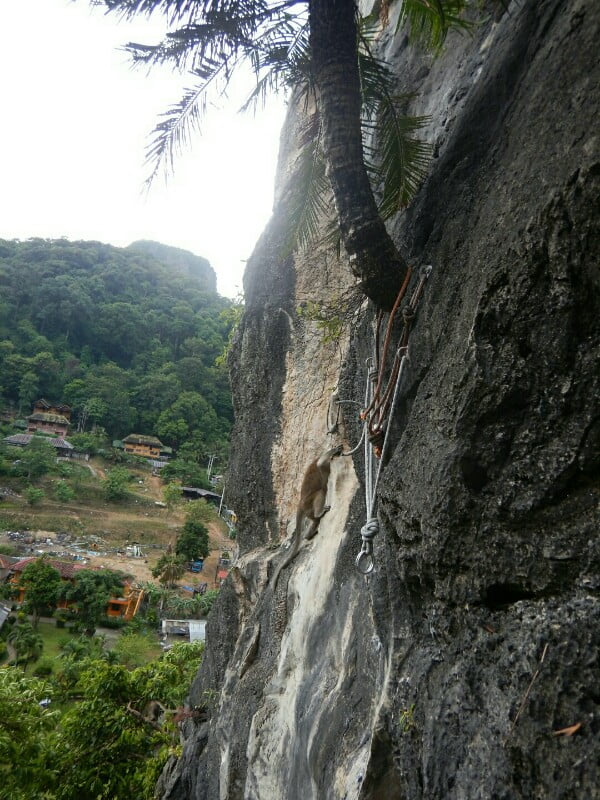 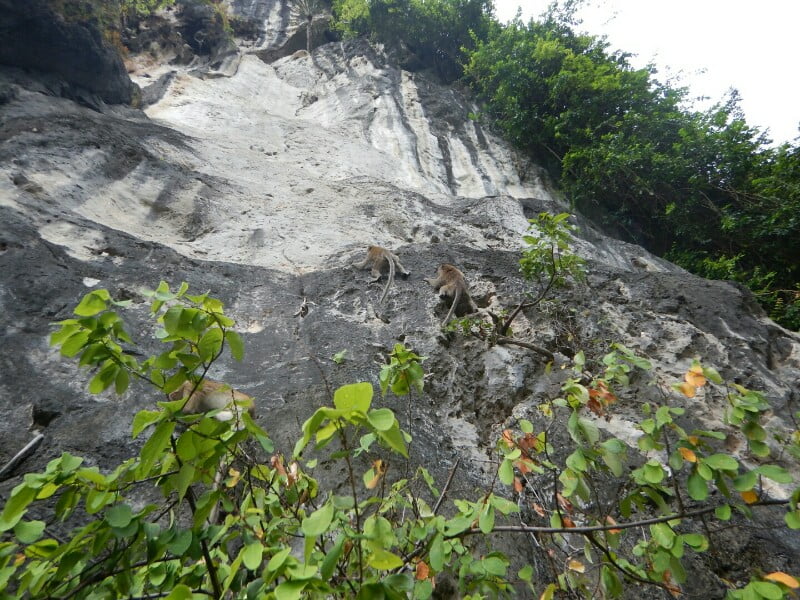 Encouraged by this great experience we continued further, but unfortunately got to slightly more difficult route 6c. In the middle of second length a crisis came on me. It happened in the moment when Oliver told me NOT to use at any cost the only big hold which was there, because he saw a snake in the hole. As I was running out of energy and this big hold was the last one I was hoping could save me from falling down, I was desperate. In some miraculous way I managed to get over this part, but spent there all the remaining energy I had. Oliver actually tried third length, but even he, after pulling me away from our snaky friend, did not have enough power to complete the route. We decided to go down. Anyway at 4pm it was kind of right time to get lunch (I would never say that time runs this fast when climbing) 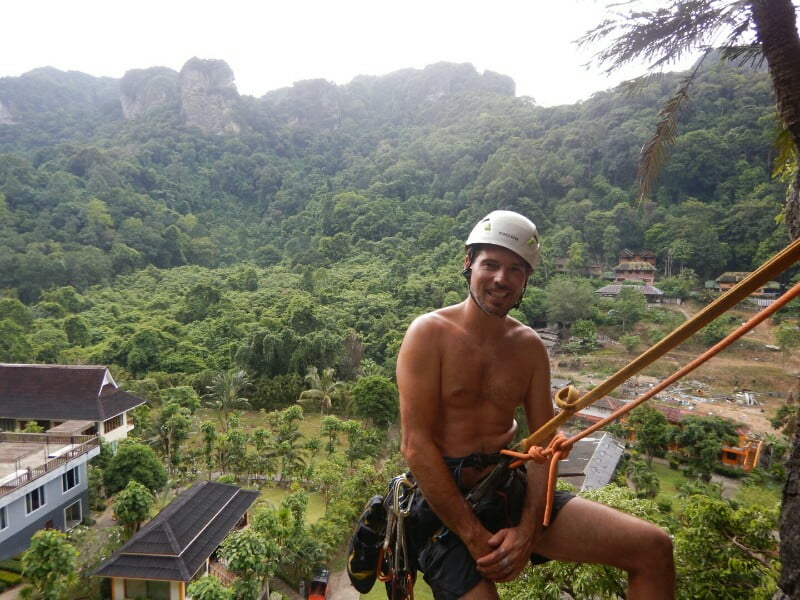 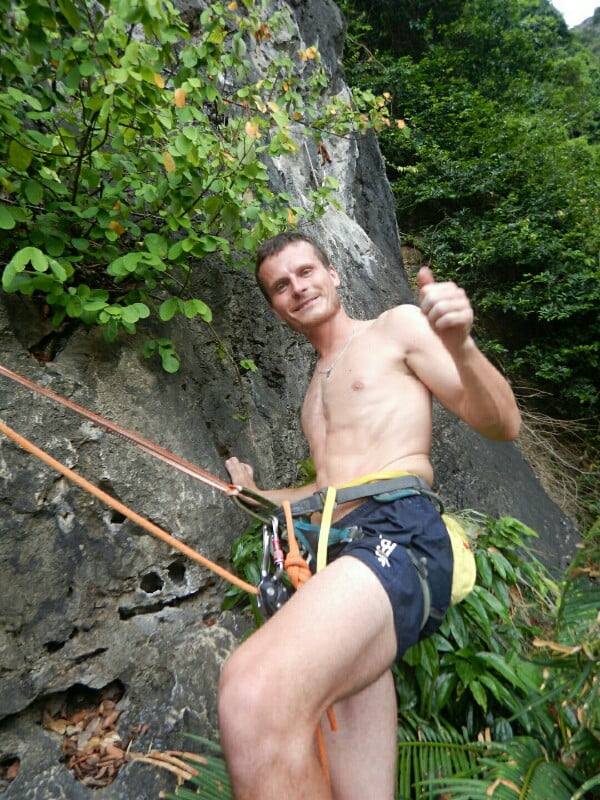 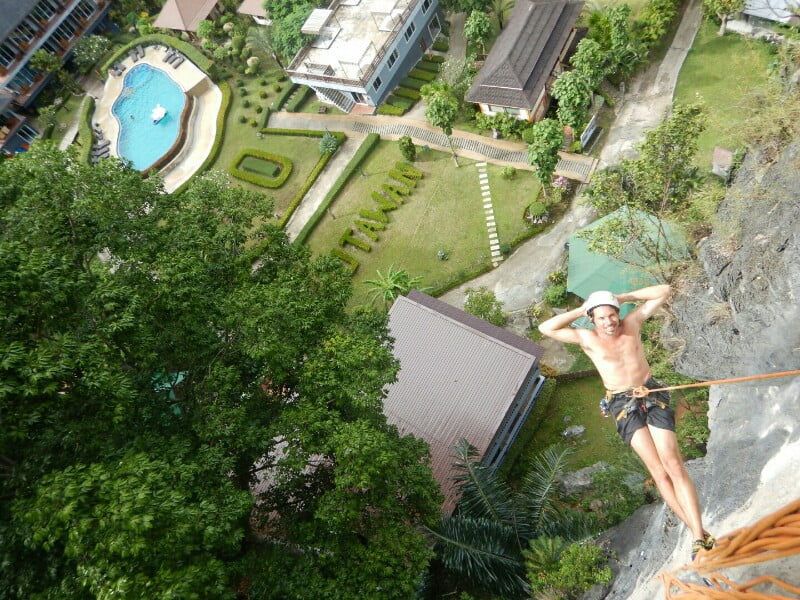 In the evening we did some easier routes, which returned me my self-esteem and lust to climb again, moreover other monkeys came to check our climbing style:)