Returning car in the airport was simple, they even let me leave there my camping equipment as tomorrow I will come there again to rent another car and with little complicated journey we made it to Melbourne city. Unfortunately this took too long time to catch 10am free walking tour, but at least I could leave my backpack in the hostel and take a rest. It felt bit weird that I still did not receive any confirmation about my next car rent – so I called them and discovered they will not give me the car 🙁 Not a perfect situation as I already spent time searching who can travel with me, now instead of visiting the city back to the internet and check other travelling options (not even talking about camping equipment which I left in the airport) 🙁

There is an old tram serving as free tourist hop on hop off shuttle – inside you will hear all important information about next stop and I enjoyed the ride especially when it was raining. 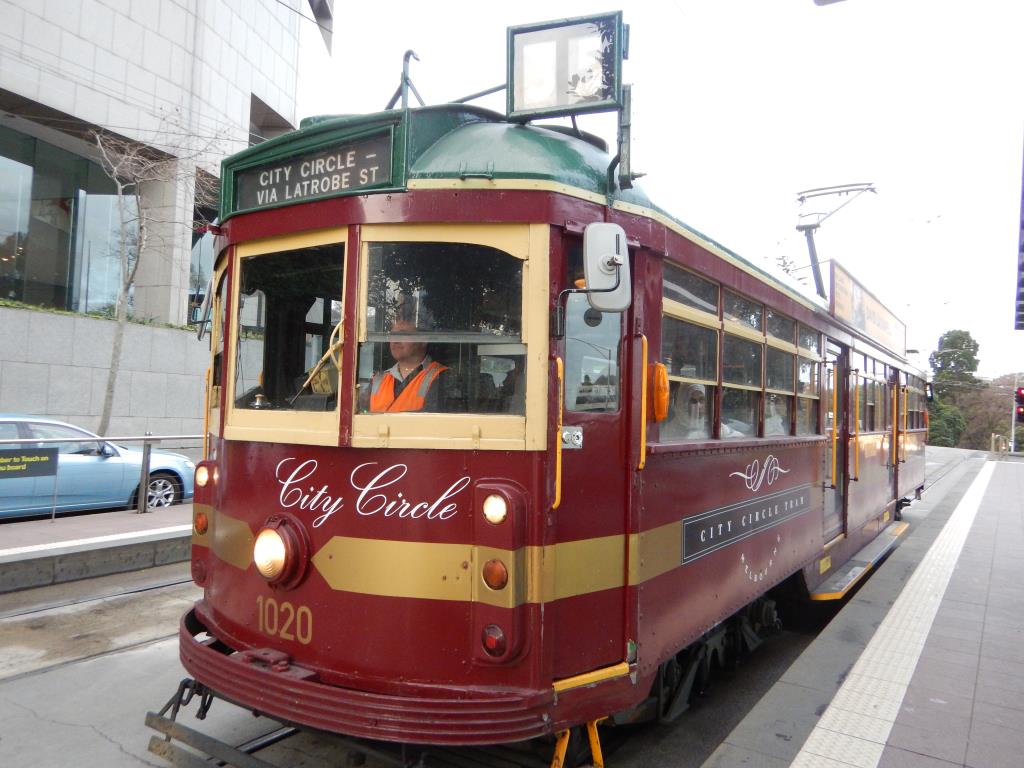 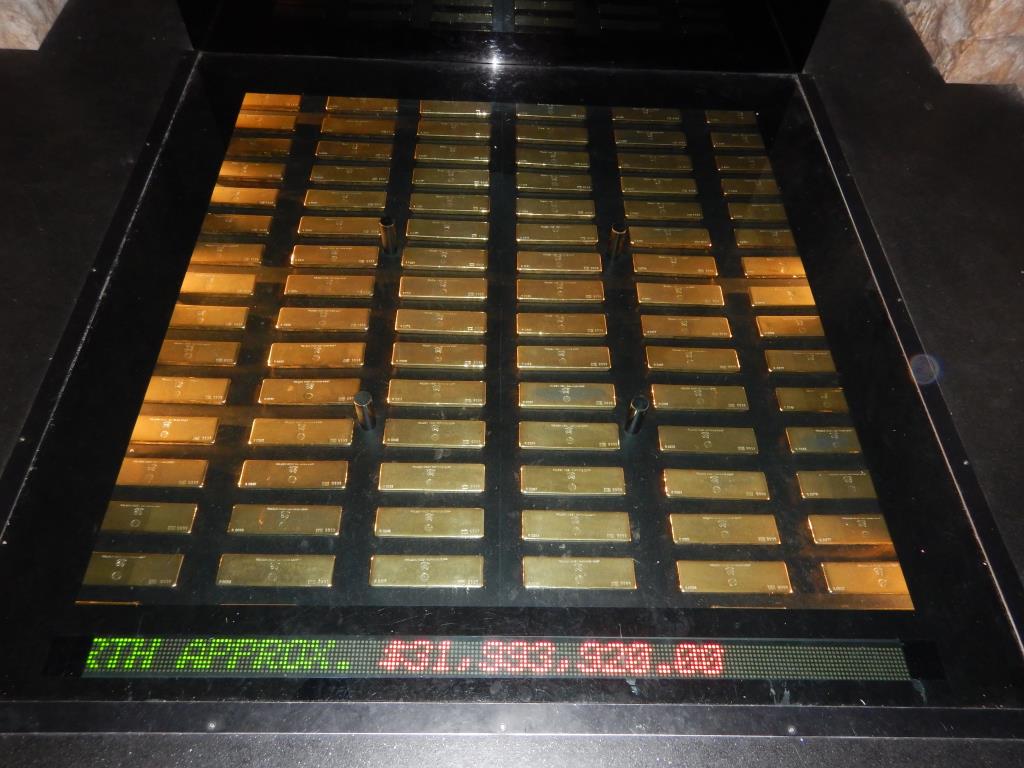 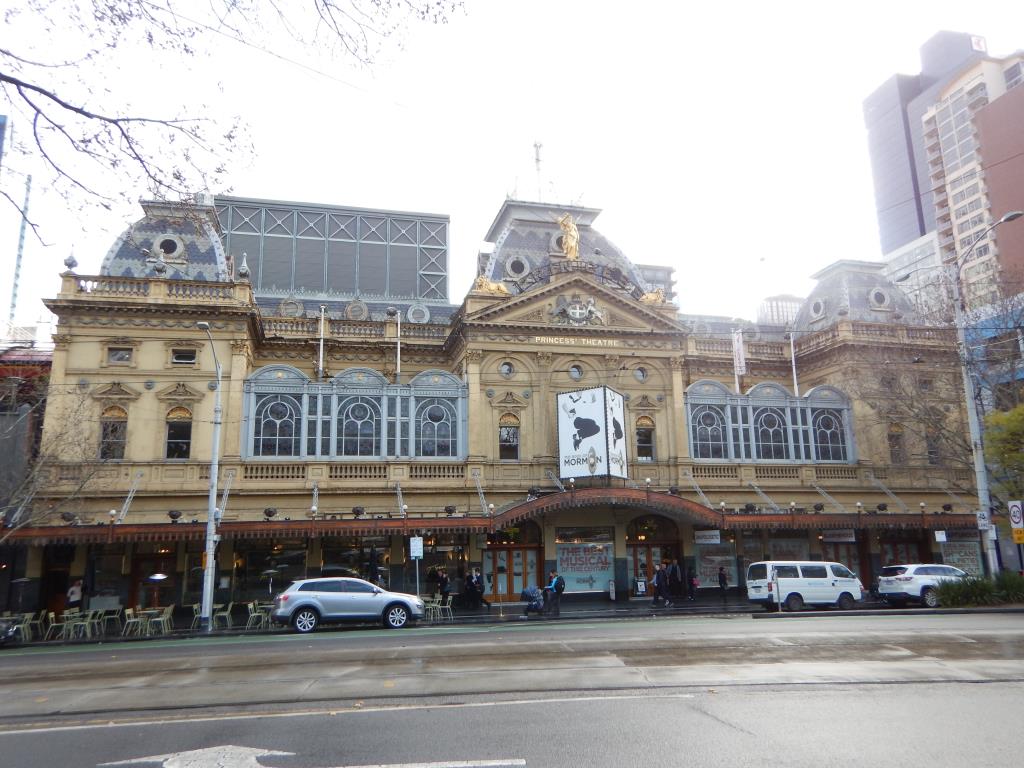 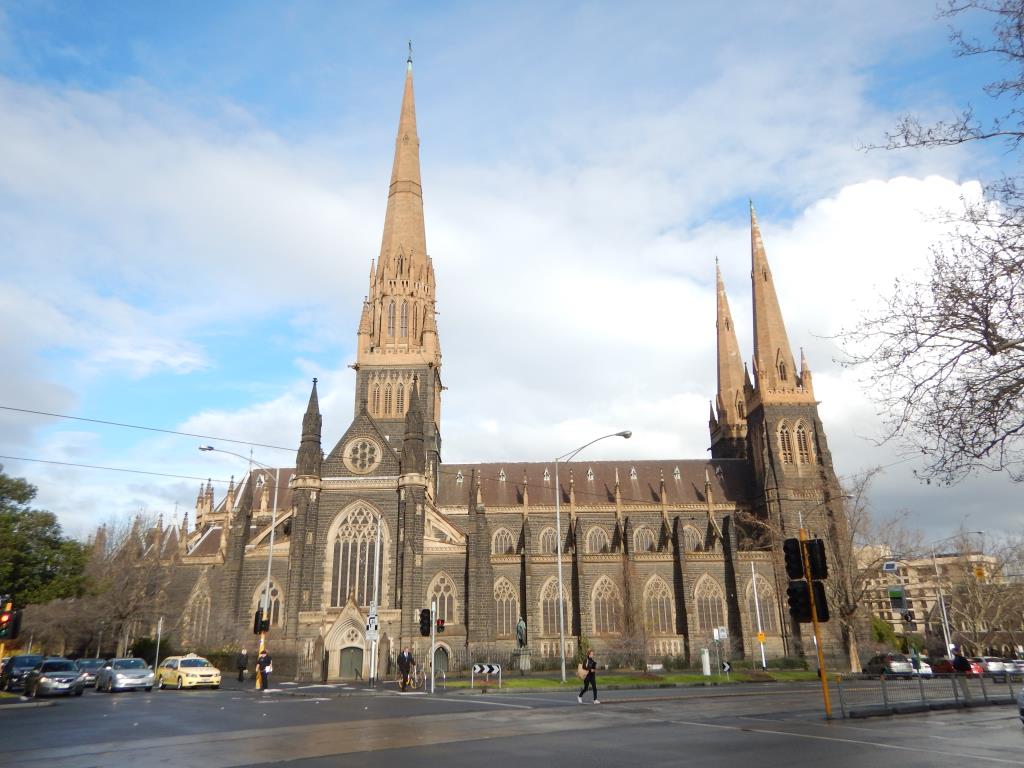 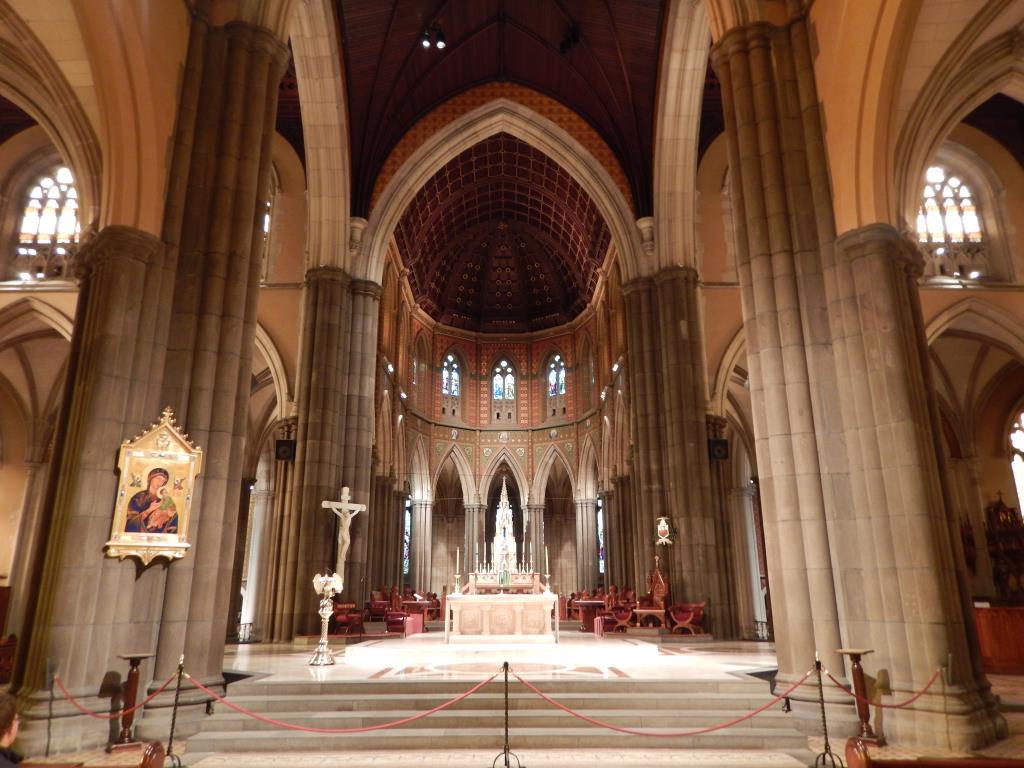 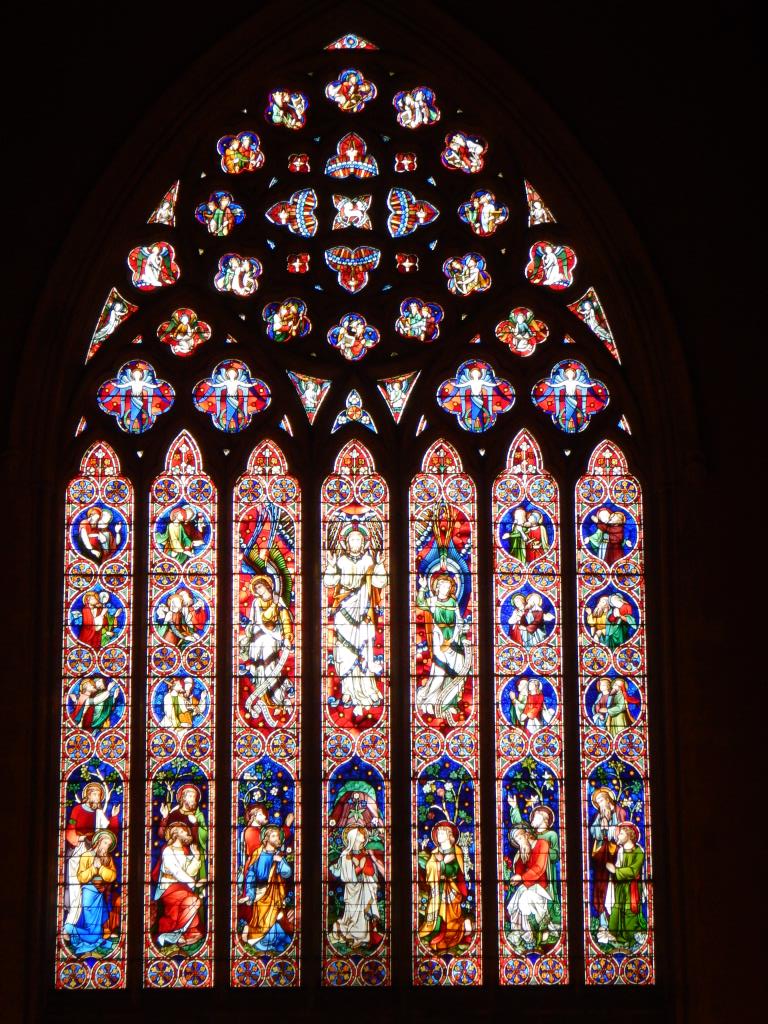 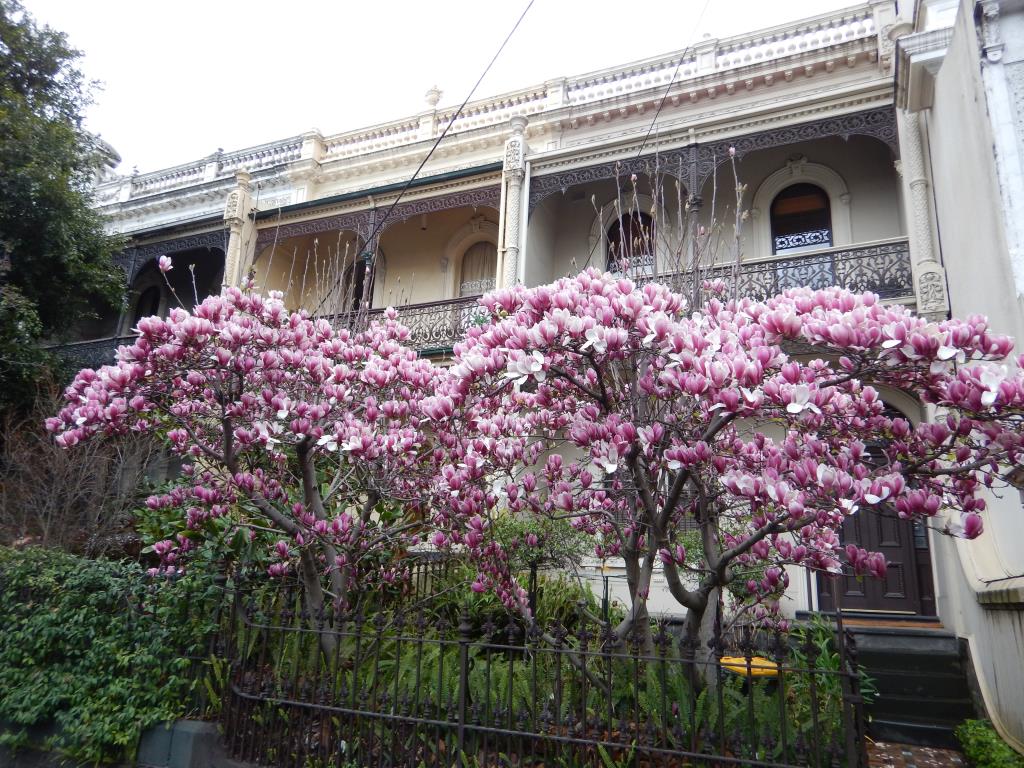 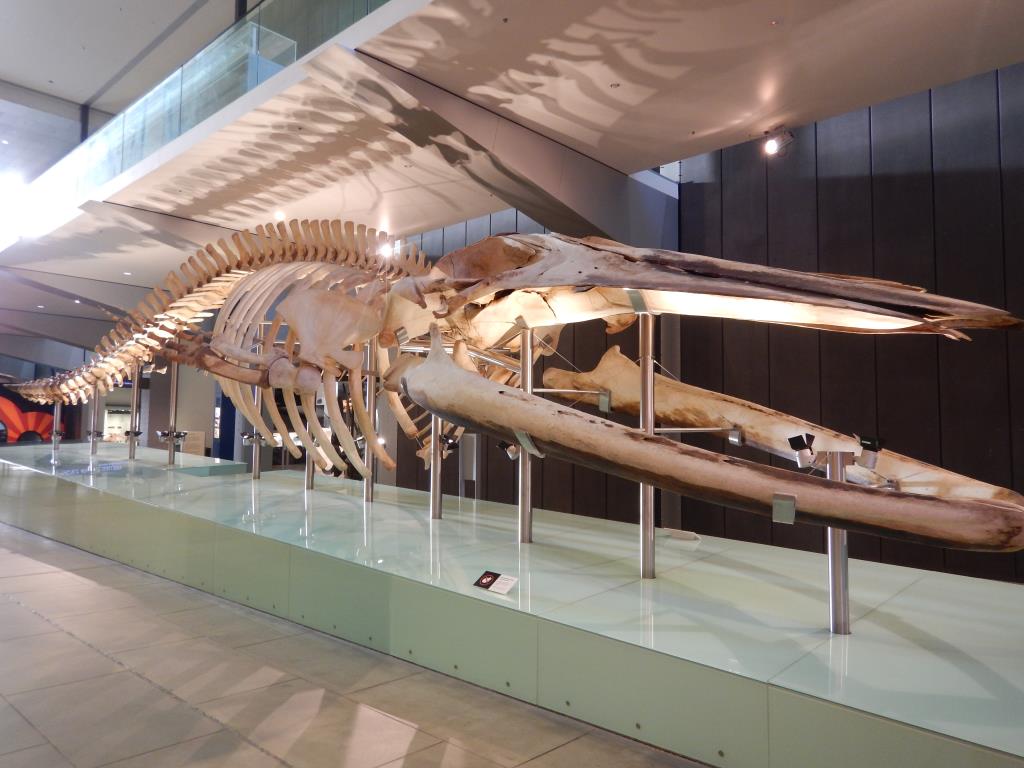 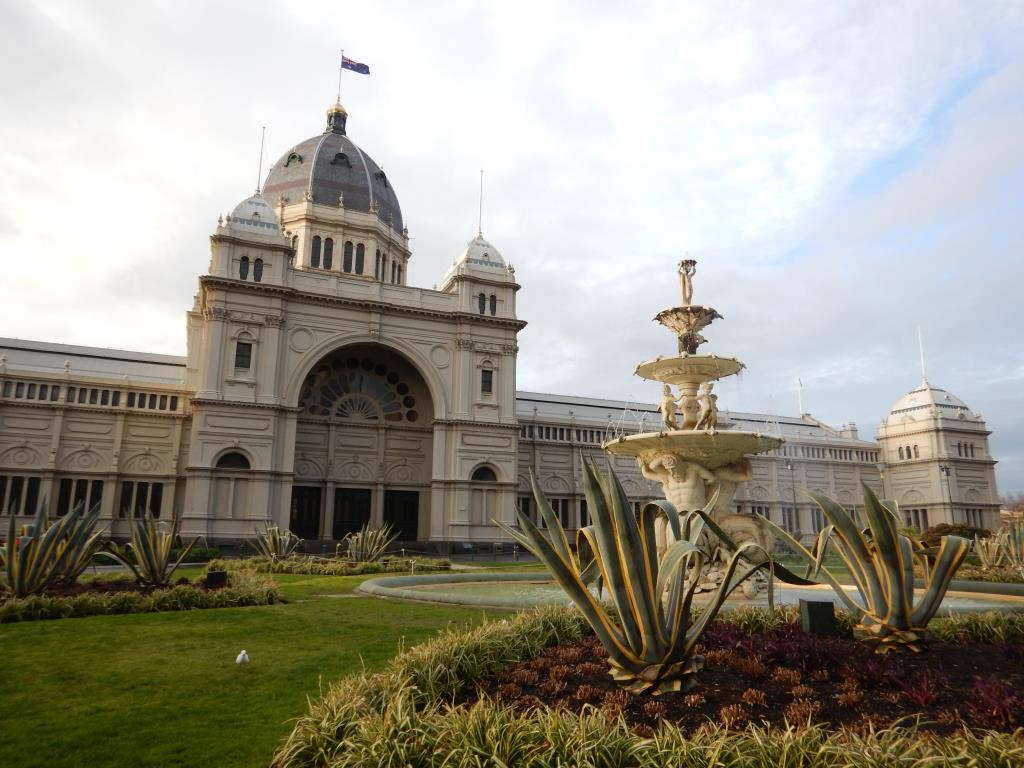 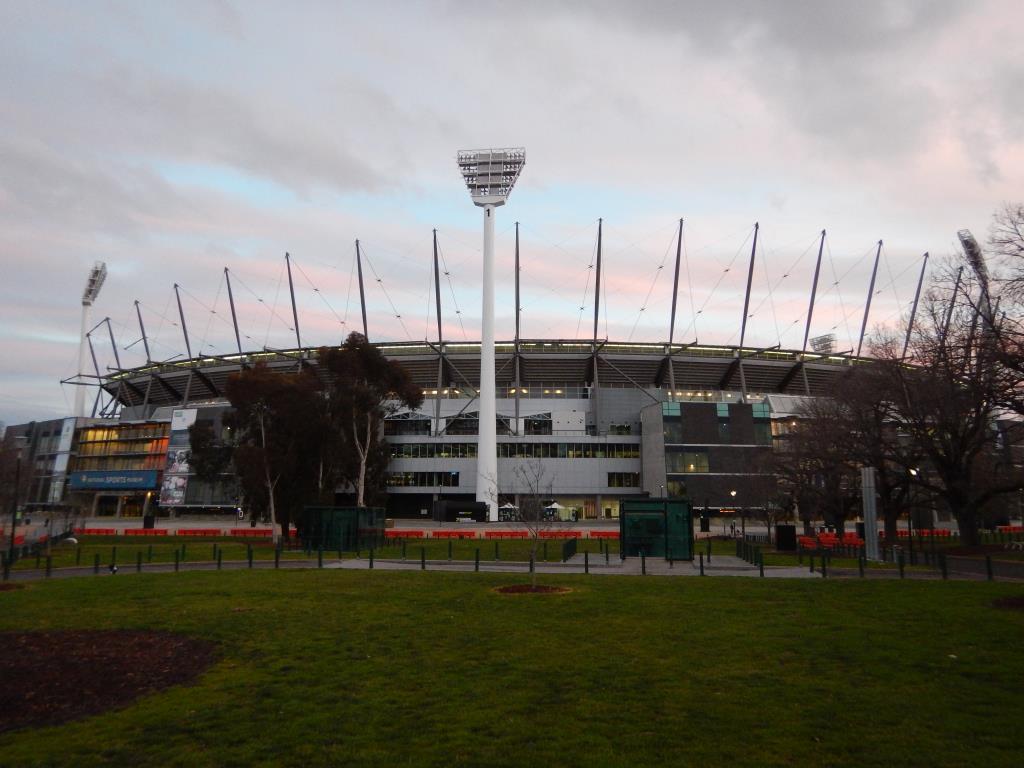 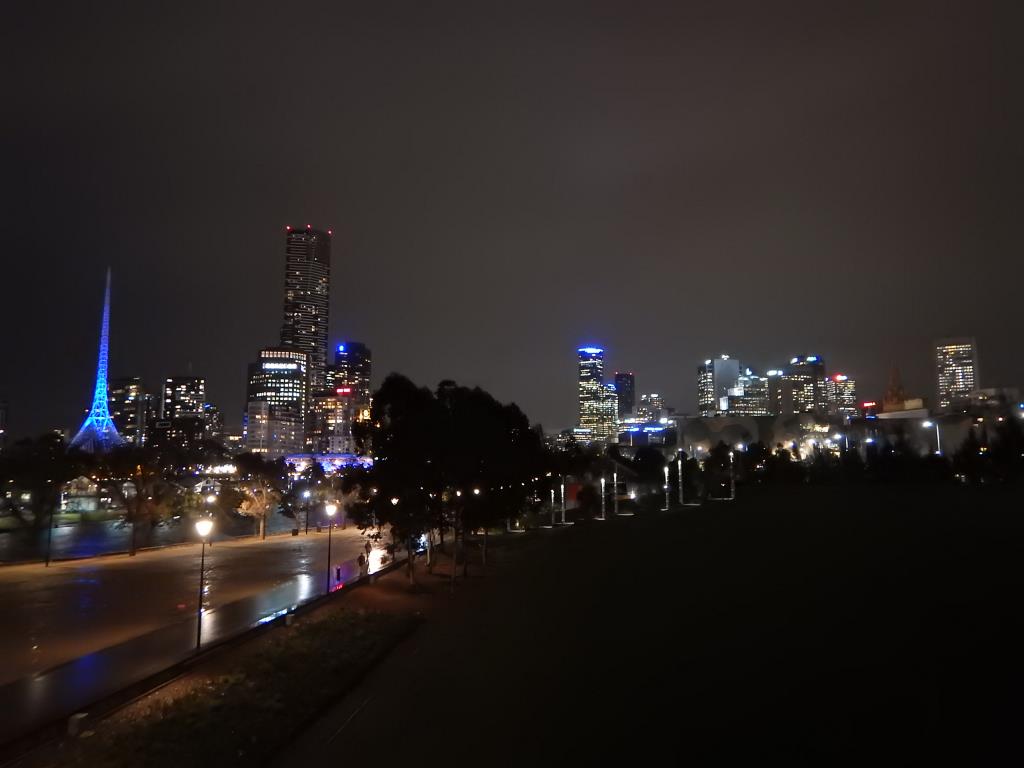 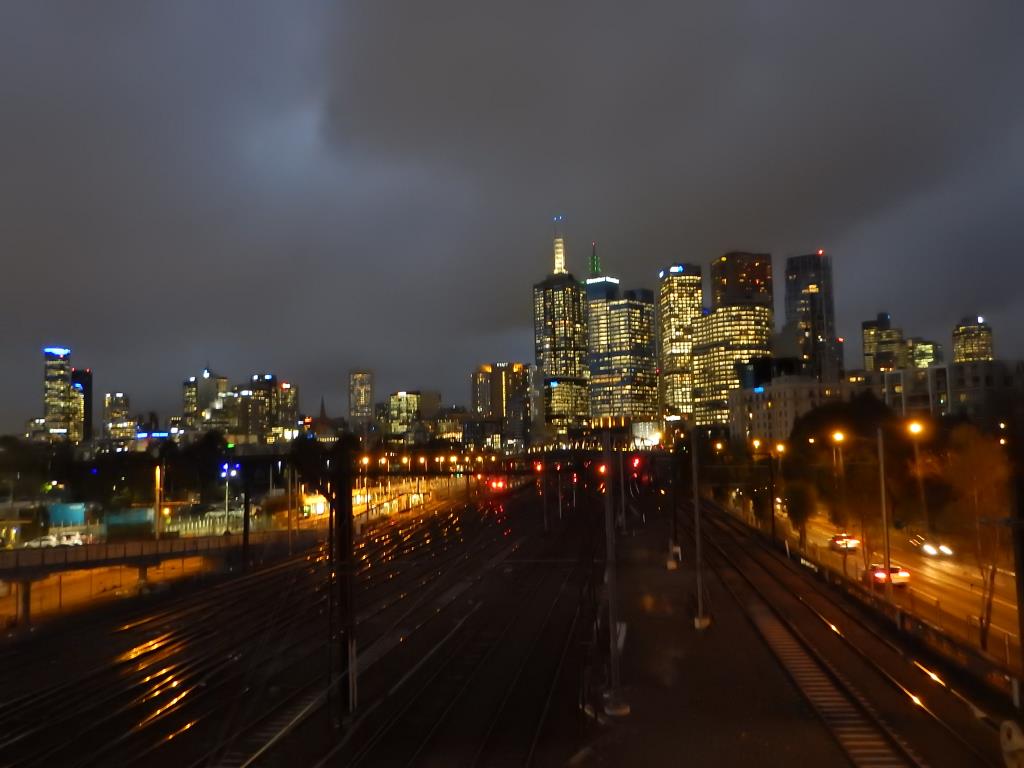 Next day I saw the rest of the city – in Queen Victoria market I violated my own rule about not buying ANY souvenir (the only and the best souvenir which will remember me my trip are my pictures and this blog.) I also thought that if I buy some clothes, it will be in very cheap Vietnam or Indonesia, I absolutely did not expect to buy hoodie in Australia – but nowhere else I was this cold 😀 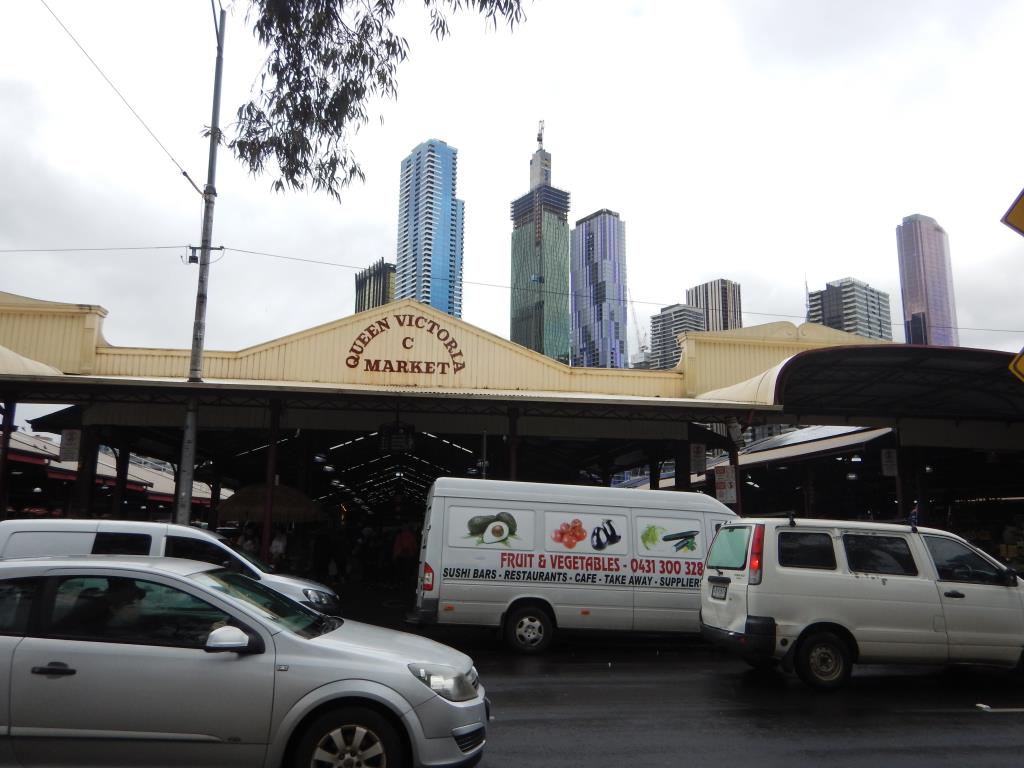 Victoria Harbour and waterfront shown very nice modern apartments, good place for living. I continued around Etihad stadium, World trade center, checked also Eureka Skydeck and stopped for a while in National Gallery of Victoria – just for the confirmation that galleries really are not places for me. 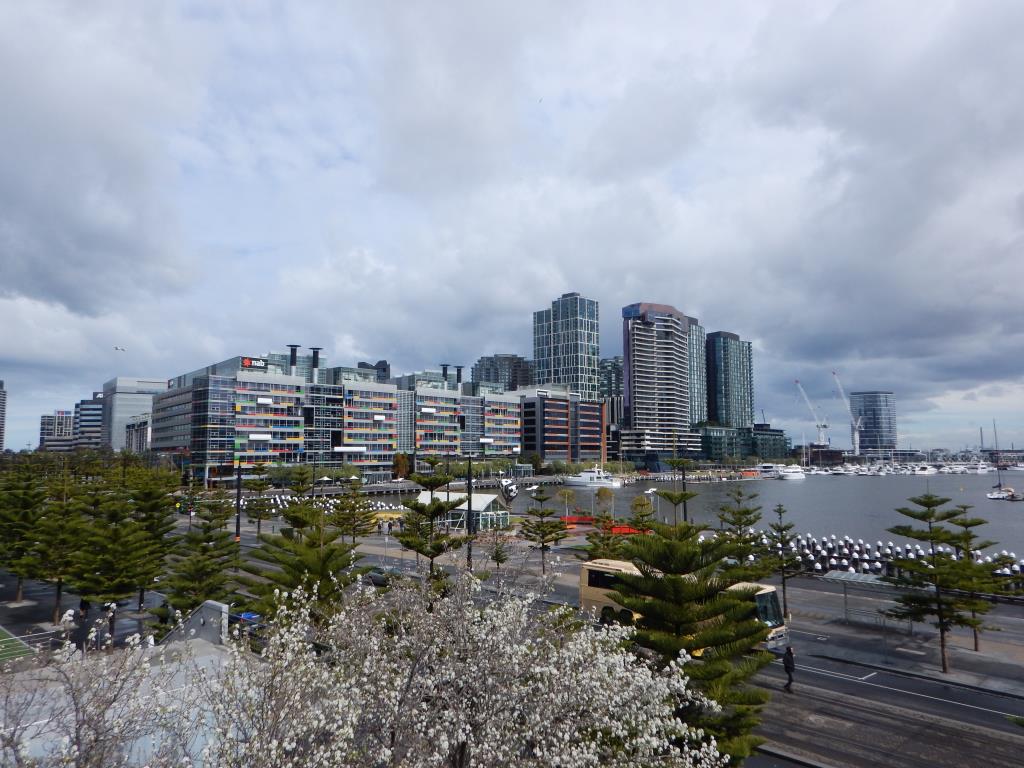 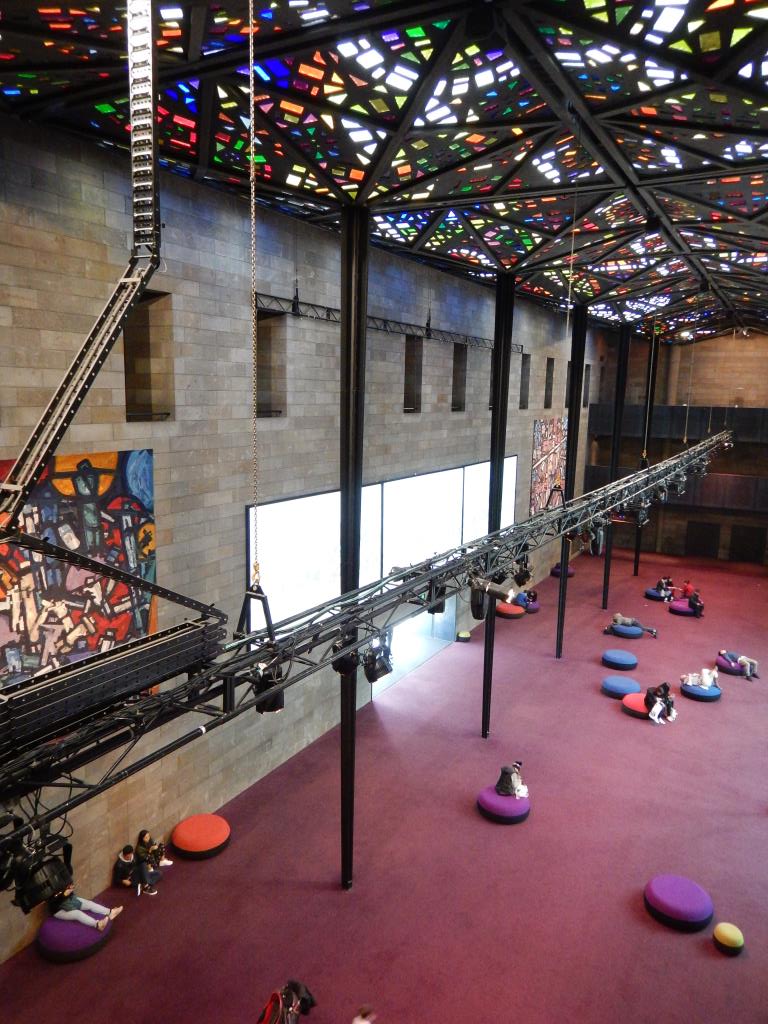 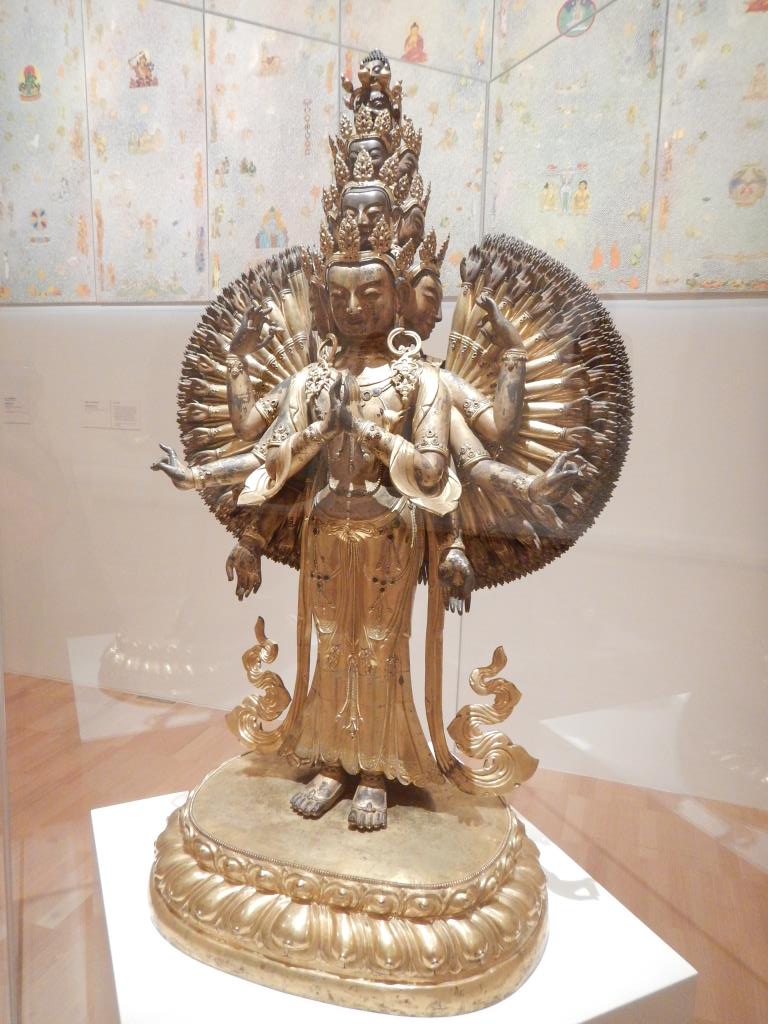 The most interesting place for me was Shrine of Rememberance – really well done underground war museum. In upper floor there is a pyramid where sun comes only at 11am on 11/11 for 11 minutes. 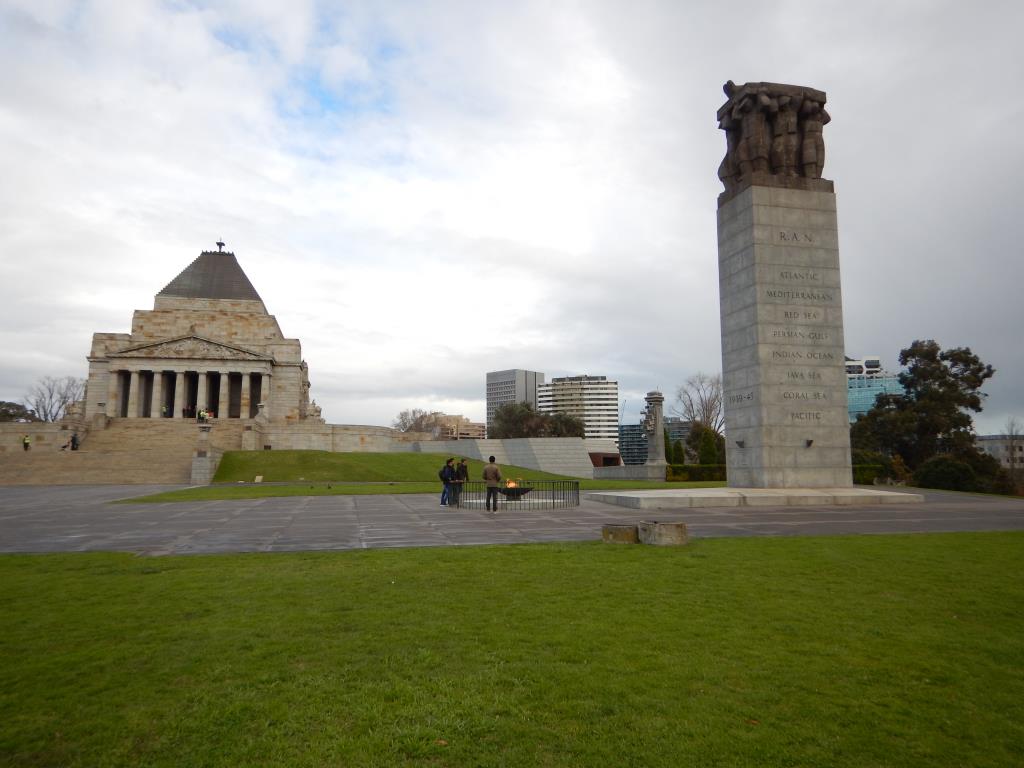 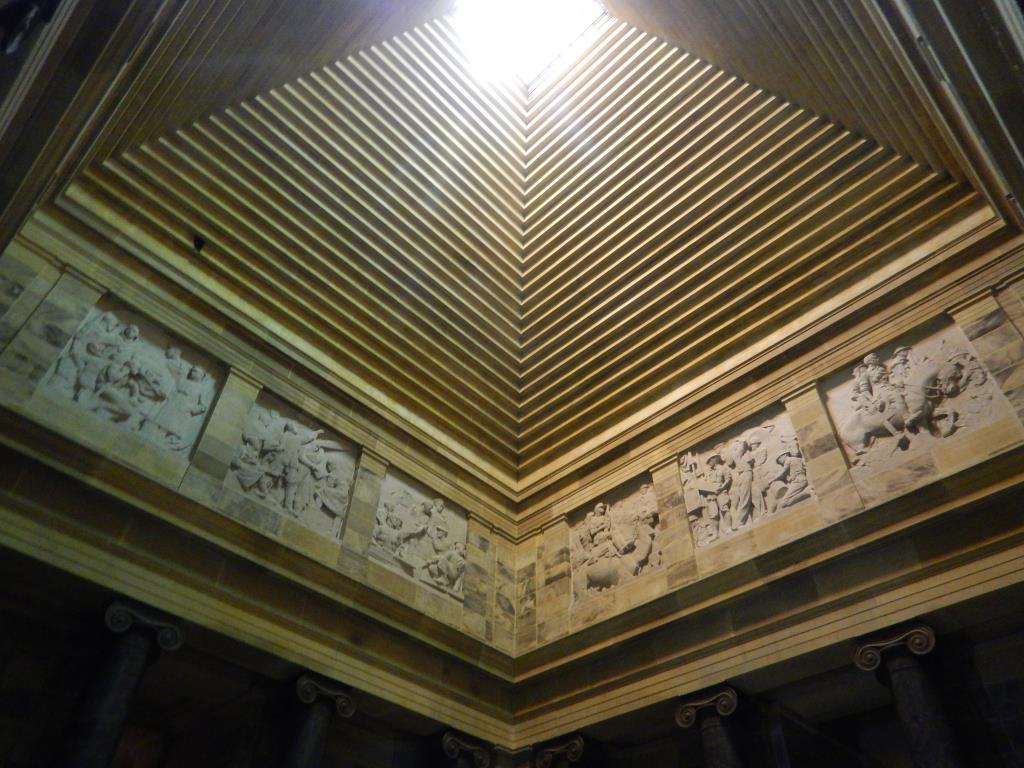 In modern Federation square I checked St. Paul’s Cathedral with holy mais and final stop was at city square and Melbourne Town hall.
Rear side of those buildings shown quite interesting „underground“ side of the city. 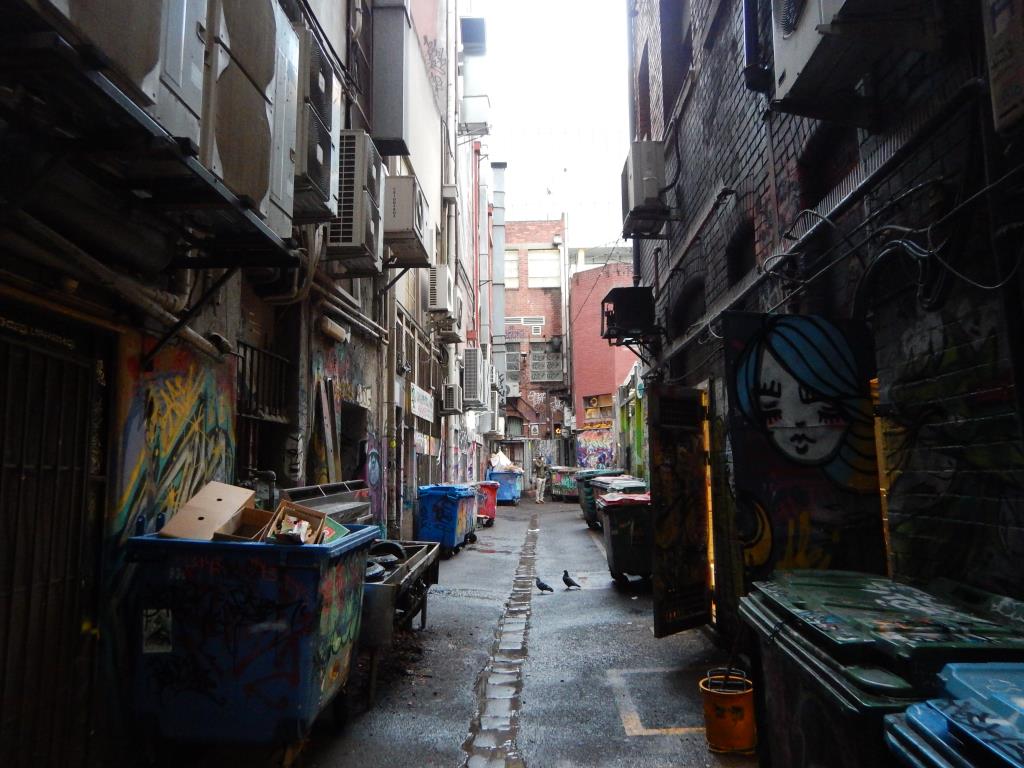 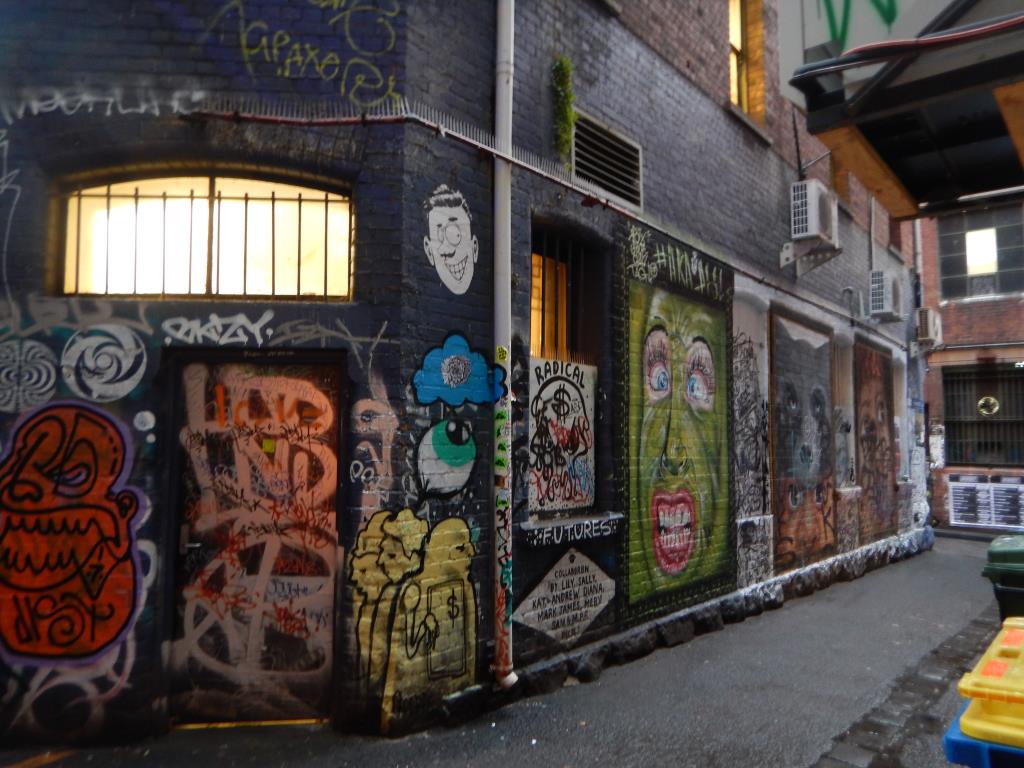 I have to say I really liked Melbourne – beautiful modern and clean city, happy people, really a good place where I could imagine living 🙂